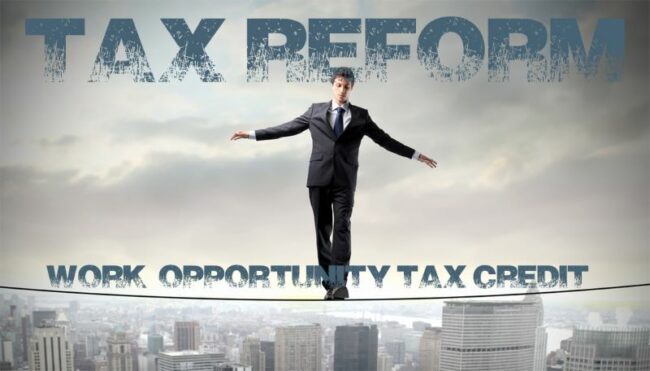 On Thursday, November 2, 2017, the House Ways and Means Committee released a first draft of tax reform. The Tax Cuts and Jobs Act H.R. 1 includes many of the items listed in the tax reform framework released by the Republicans in September, as well as additional details. The bill proposes fewer tax brackets for individuals as well as higher deductions for middle-class families and lowers corporate tax rates to 20%. It is estimated that H.R. 1 will also curtail federal government revenues by approximately $1.5 trillion over ten years. As it turns out, the proposed legislation also calls for a repeal of the Work Opportunity Tax Credit (WOTC) by December 31, 2017, along with several other provisions.

Since 1996, the WOTC program has been a successful tool in securing employment for the most in need, including members of families that received Temporary Assistance to Needy Families (TANF) or food stamps, as well as long-term unemployed and qualified veterans, to name a few. A case study conducted in 2013 by Dr. Peter Cappelli of the Wharton School — University of Pennsylvania, concluded that for every WOTC-eligible individual that moves from government assistance to self-sufficiency, the government saves roughly $17,722 per year. The same study concluded that the average tenure of a WOTC-eligible individual is 2.3 years which is greater than a non-WOTC-eligible individual in a similar job. In the current state, WOTC is approved through December 31, 2019.

Eliminating WOTC will have a devastating impact on individuals who face barriers to secure employment. As such, in the coming days, we anticipate the introduction of an amendment proposing for WOTC to be made permanent. More than ever, employers who value corporate stewardship and take pride in doing the right thing for the most in need, must join forces and contact respective lawmakers. They need to oppose the repeal of WOTC by urging them to continue the program to secure it permanently. As previously noted, Walton remains committed to monitoring the progress on tax reform and its effect on WOTC and will continue to provide updates on new developments.